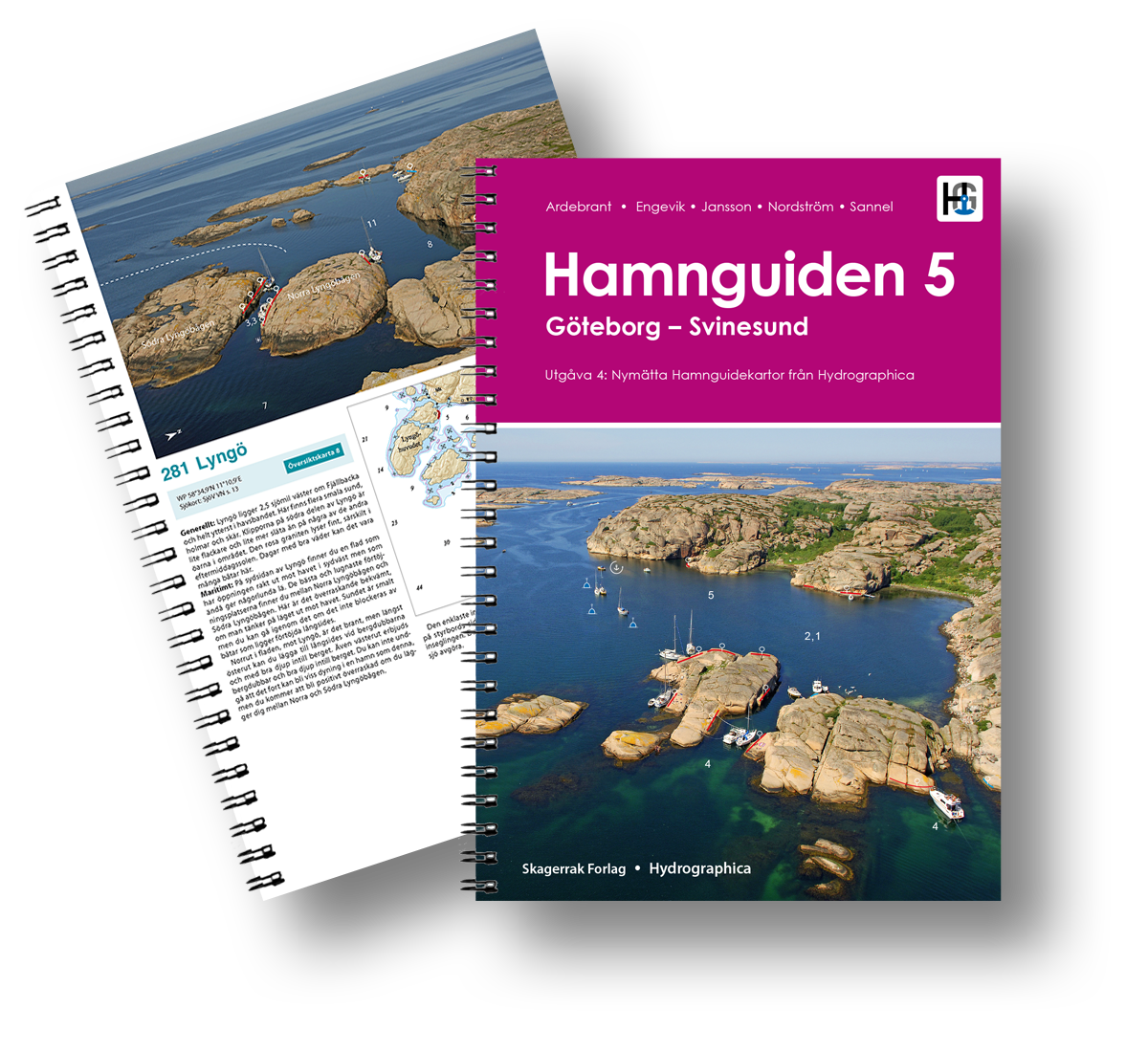 The Harbour Guide book series began in 2006 with the publication of 'Havneguiden 1 Svinesund–Langesund' for the S coast of Norway from Langesund W of Oslo to Svinesund E of Oslo on the Swedish border. New areas have been added to the Harbour Guide book series almost every year since, the book series today covering almost all of Scandinavia, the SW Baltic and the complete E Adriatic coast including western Greece. New areas will continue to be added throughout the world every year.

The format of our guides is, no matter where in the world harbours are, the same. Each harbour is presented on a separate page, most of the page being taken up by a large aerial photograph and detailed chart of the harbour. The aerial photographs and charts are specially commissioned for each harbour and are exclusive to our guides and photographs are marked up with the approach line and important navigational, tying up and anchoring information. A short text on tying up/anchoring, the harbour and its facilities, the area around and what to do and see is included on each page. There is also a fact box for each harbour. Here are some examples of harbour pages from our guide for the west coast of Sweden.

The areas covered by each book are shown in the map below. Click on the map to order.

Guides HG5, HG 6, HG 7 and HG 8 have no English text versions. An automated translation of all our guides is, however, available in your language on Harbour Guide online. 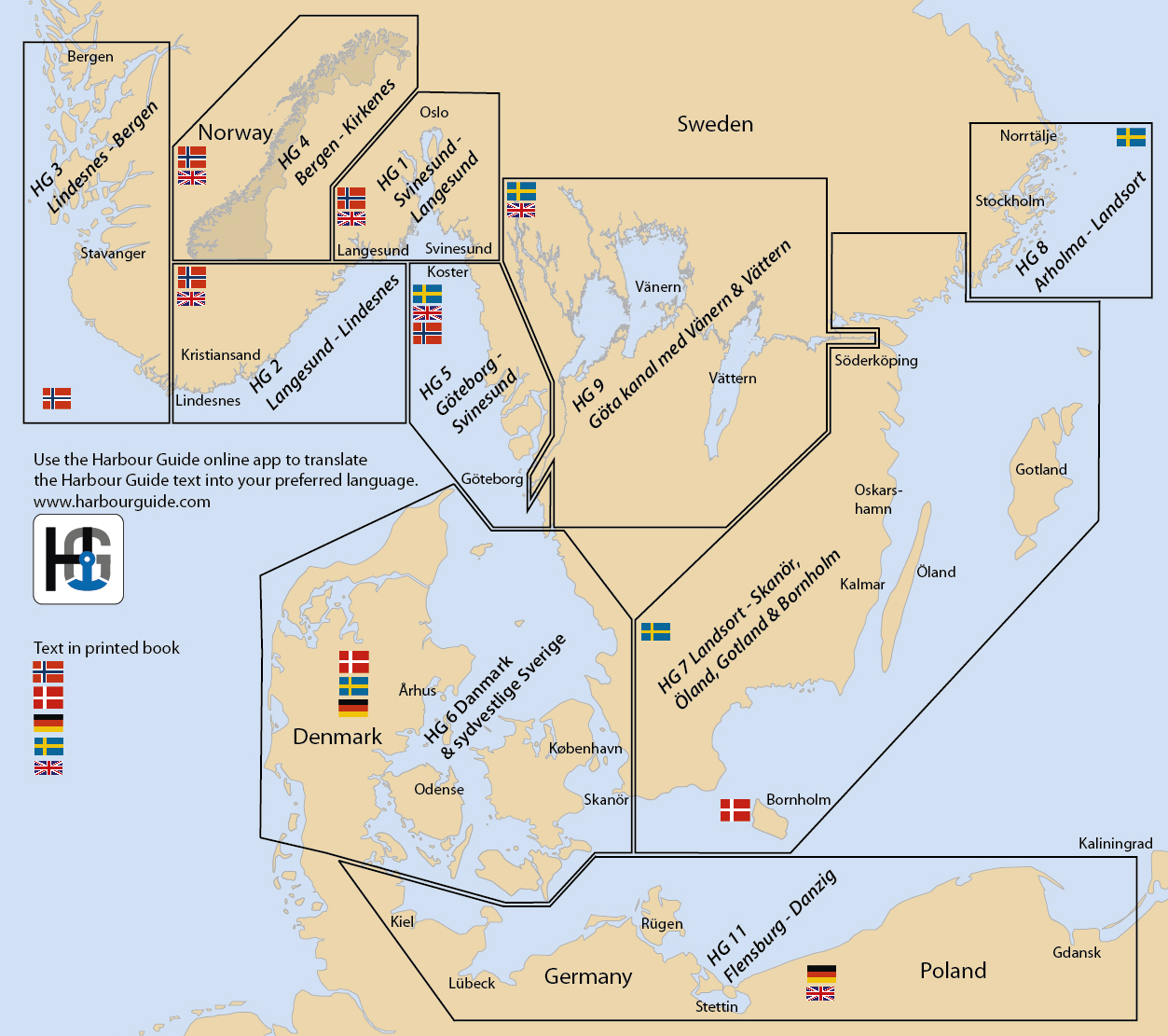 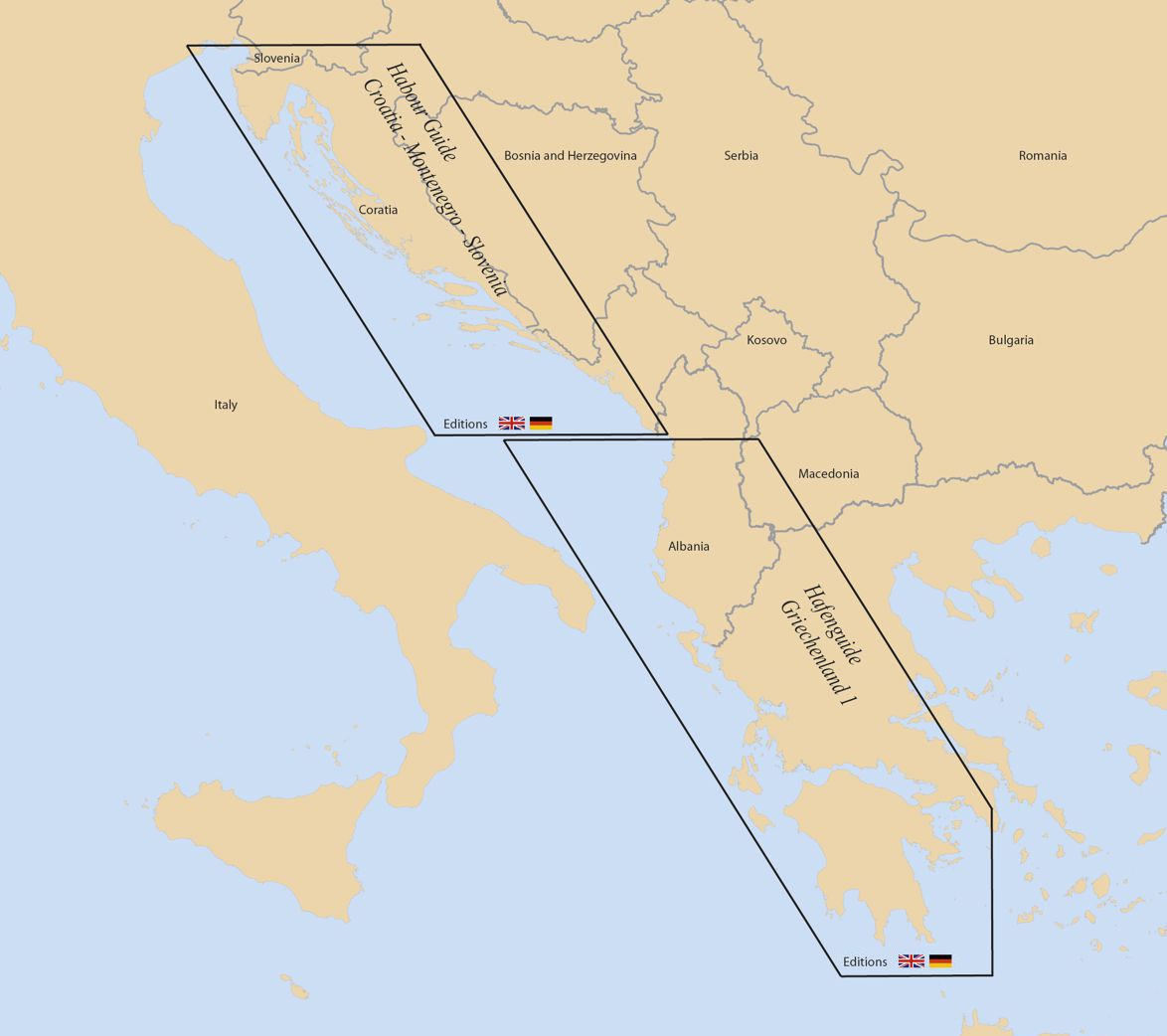